The Adidas Runners Headquarters is an example of the potential, a sensitive and resource-effective conversion can have. One section of the building complex is designed to be an adaptive space that can be reconfigured according to the changing needs of the owner Adidas. The basic idea is to use a ready-made as a building module that allows for different spatial configurations without significant costs and effort for rebuilding.

Adidas aims to reduce greenhouse gas emissions from both its own activities and those of its suppliers by 30% by 2030 when compared to 2017Adidas - adidas.com sustainability

Shipping containers have proven to be efficient modules for temporary, flexible structures. It is a vastly available standardized unit which can be configured in various ways. This is mainly achieved through the stacking of several containers or positioning them side by side to create larger spaces. There is one challenge with using shipping containers though which lies in their proportions. For use as a spatial component, they are relatively narrow and long. Obviously, in most cases it is not desirable to have interiors which are this tunnel-like and narrow. 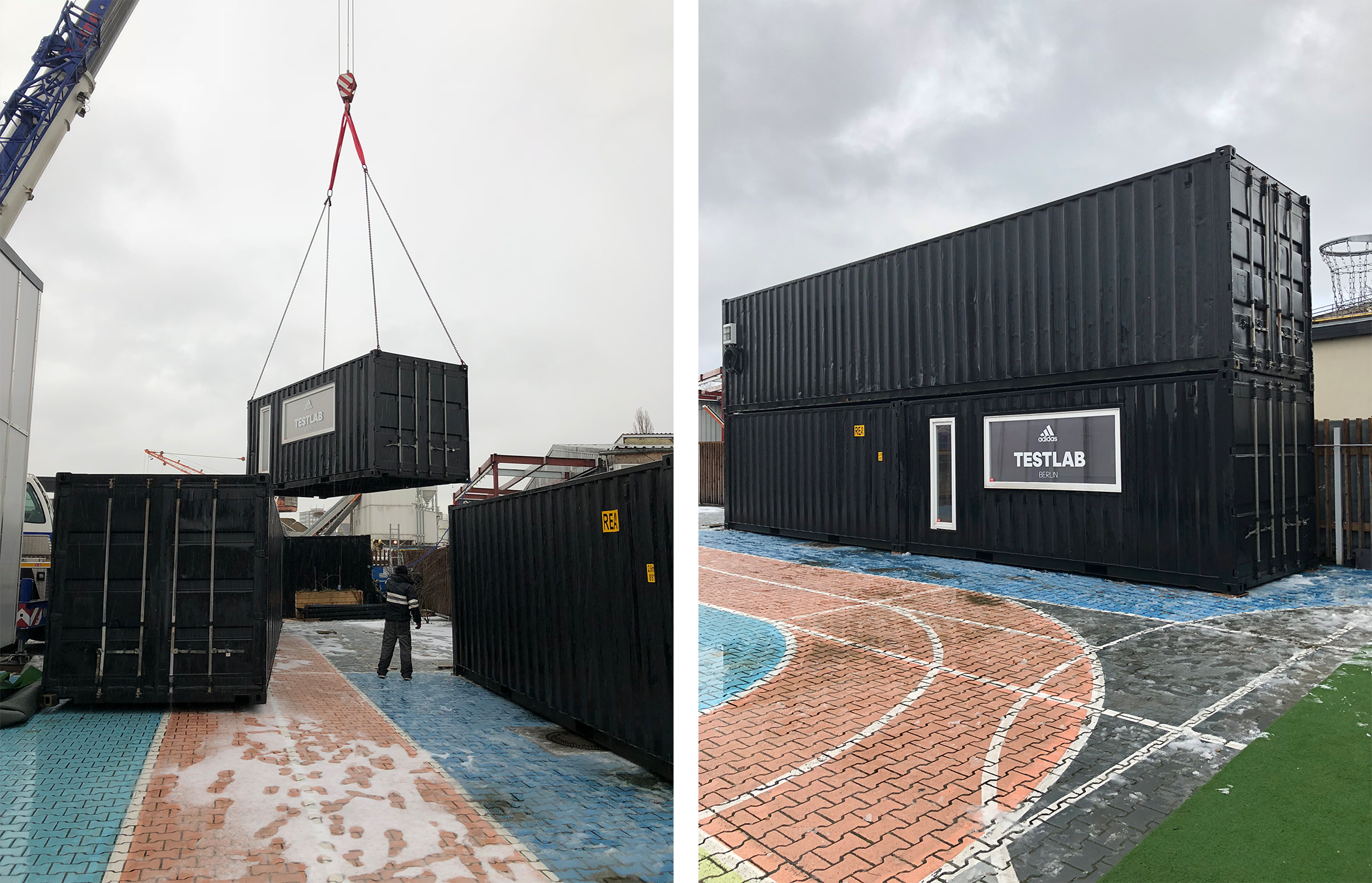 The Adidas Runners HQ employs a strategy to benefit from the ready-made aspect of the containers but at the same time to allow for spaces which are not constricted in their geometry by the width of the container walls. This is achieved by removing the metal walls of the container and only using its structural frame as modular grid. Several containers can be added to a cluster which only has exterior walls. These exterior walls are added to the existing metal frames, they consist of timber panels on the inside, insulation and metal panels on the outside.

With sustainability being an important aspect of the project, the intelligent use of the available resources was one focus. The existing silo on the premises belonged to a former timber workshop and was filled with sawdust. Technically the whole filling was considered to be waste material. Instead of throwing this valuable secondary resource away it found its use as insulation material in the exterior walls, floor and ceiling of the construction. On the outside the characteristic metal appearance of the containers has been maintained, but with the addition of an efficient insulation and the removal of the container walls that would otherwise be disruptive in the interior.

With this system, several configurations have already been realized. Initially, in 2016, an Adidas pop up shop was housed within two containers. The ensemble had a protruding roof made of timber slats which created a designated space around the two containers. Currently, a cluster of containers forms an office space and a training facility. Should the requirements for the space change again, it will be possible to reconfigure it again with minor adjustments. 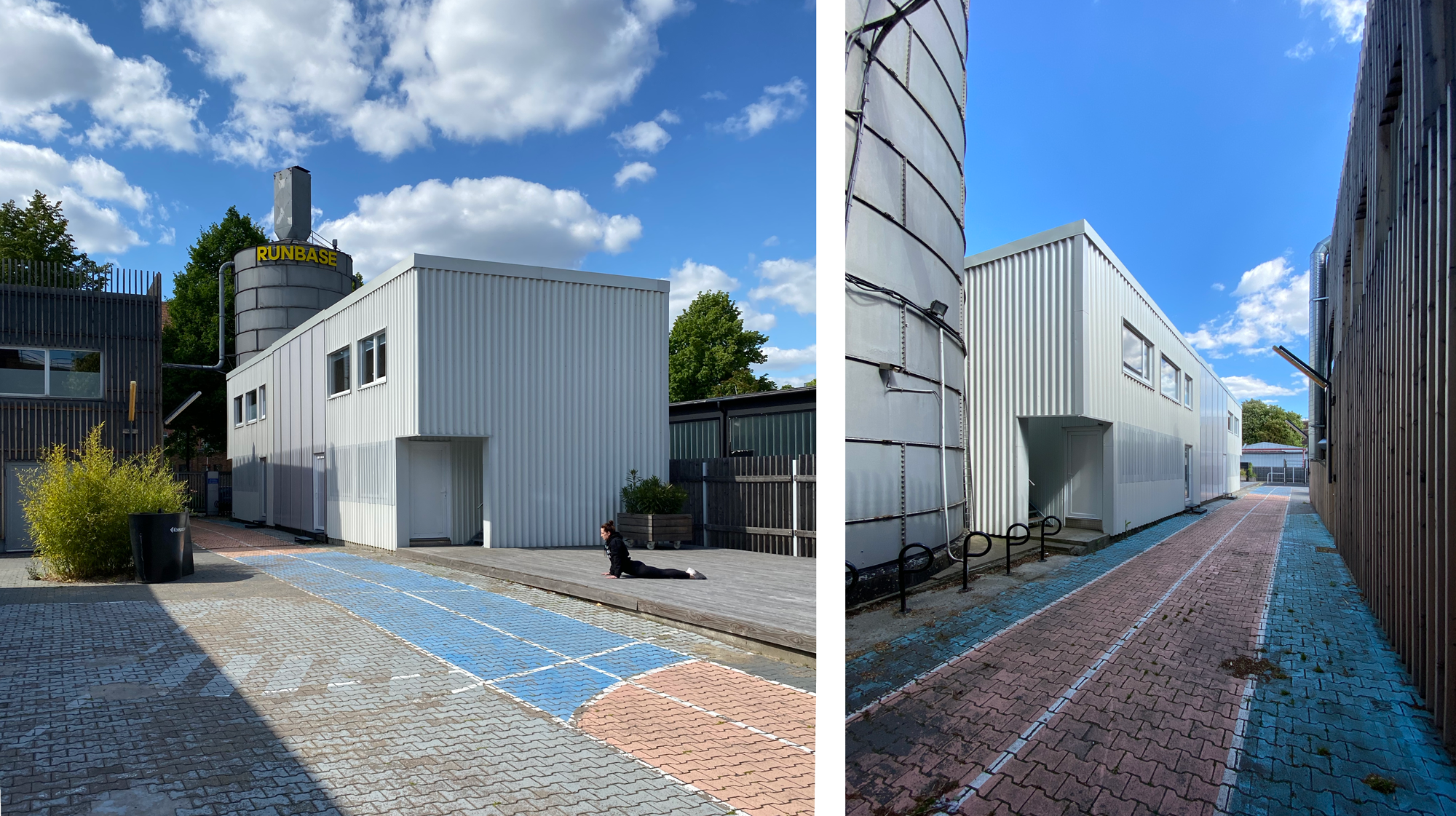 The possibility of easy reconfiguration and programming of the space is an obvious advantage compared to permanent structures and their inherent rigidity. With regard to the circular economy a system like the Adidas Runners HQ allows and facilitates a change of use and program without the necessity of a complete rebuild. Existing material like scrap containers, insulation and others will be reused according to the principle of urban mining as secondary resources.